Eddie has been writing for over thirty years, since he first got his hands on his father's IBM AT computer in the early 1980's at the ripe old age of twelve.  In 2011, Eddie realized it was either publish or go home, and so he has begun offering his books in this new and unique reader's environment with EBooks and Print, as well as future efforts in Audio Books, Film Shorts and other entertainment services.

Eddie's primary publishing efforts from 2012 through 2020 will be with his various Children's Contemporary Fantasies.  These stories feature uplifting and adventuresome tales of faeriefolk interacting with humans.  Most books and short stories attempt to illustrate a moral for our youth and encourage open-mindedness and tolerance among people, and in these cases among various species.  The books appeal to youth and adults alike and make for good family readings.

For adults, Eddie does have more stories in store as well, generally in the supernatural, horror or Sci-Fi genres.

The following are some of Eddie's currently available tales, including the adult stories.

The Old Silk Hat: A Frosty The Snowman Prequel.  The first short story Eddie made public.  First public appearance of IPMA (Institute for the Preservation of Magical Artifacts).  It was written in December 2012 as the author's reaction to news of the Sandy Hook Elementary tragedy and is dedicated to the children of Sandy Hook.  A heart-warming tale of love for the family at Christmas time.   AVAILABLE HERE & other retailers, digital and in print.

Troll Brother.  Full length contemporary fantasy.  Trolls on the loose!  And what will Robert Johannson do with a disguised, troublesome troll in the city?  Teach him to be human of course!  Features an IPMA Cameo.  AVAILABLE HERE & other retailers, digital and in print.

Seeing Devils.  A short story for Halloween 2013 featuring the follow-up investigation of the events in Troll Brother by IPMA agent Jackson Davidson.  Will he discover the secret of seeing the faerie world around him?  Or will the faeries exact revenge on the human instead?  AVAILABLE HERE & other retailers, digital and in print in combination with The Old Silk Hat.

The Yeti Uprising: An IPMA Adventure for Christmas 2013.  Begun as a NaNoWriMo (National Novel Writing Month) entrant for November 2011, this story heavily features the IPMA agency in a race against the clock to rescue Belschnickel (AKA: Santa Claus) and the North Pole from a Yeti Invasion.  AVAILABLE HERE & other retailers, digital and in print.

The Goblin Queen's Cache: An IPMA Adventure for Halloween 2014.  This is a very short story that gives a little more detail about the Goblins and their plans for events that take place in Troll Brother 3 and 4.   It's a sort of Easter Egg for fans.

Revenge of the Sylph, The Yeti Uprising, Part 2: An IPMA Adventure for Christmas 2014.  This is a conclusion to the Jack/Qanik lover's feud.  Will Jack find a cache of Earth magic he can use for his own gain?  Or will he more likely alienate other faeries to the point of having to take refuge among the very human race whom he despises for consuming all the magic in the world.

The Dreams, A collection of Poetry.  This collection is in flux and will be added to at times until it contains at least 100 poems.  Currently only available at Smashwords.com HERE!

Speak Rain. This is an atmospheric suspense/horror featuring Native American culture and history, including that of the Pueblo People, Ute, Navajo and Hopi, as well as the Mesa Verde Cliff Dwellers.  A former Shaman's spirit controls the rain but has grown weary after nearly one-thousand years and manipulates his replacement in to trading places with him for eternity.  The story continues in future Spirit Shaman series.  AVAILABLE HERE & at other retailers in print and Ebook. 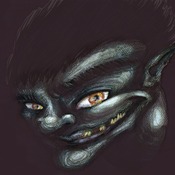 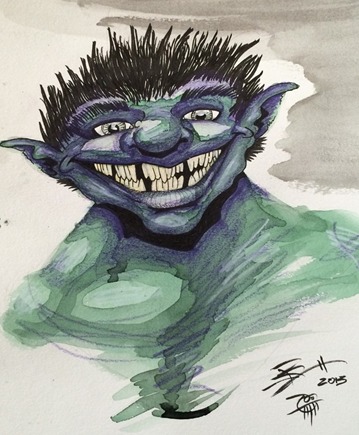