Eddie studied at Brigham Young University in the Art as well as the Theater & Film departments.  By way of some irony, both Graphics Illustration and Film Special Effects were clearly headed in the direction of computer design and Eddie wanted nothing to do with it, having been the child of two IBM Employees, one a programmer.  But as Eddie taught English in Middle School and realized, as much as he loved working with youth, that he needed something more in his life.  So, for the last two decades he has worked in Computer Support in one manner or another.

Hobbies come easily to Eddie.  He's not much of a fan of televised sports, but he does love construction, cars, motorcycles, landscaping and of course: Writing and Film!   So when Eddie is not preparing one of his existing stories for publishing or writing a new one, he rebuilds and modifies cars, blueprints and built his own house, makes additions and spends time planning out grand plans for his yard, including decorative "Troll Dens" and other whimsical additions.

For those in the hobby, Eddie spent his teenage years drag racing at Baylands and Sacramento in California.  He presently owns (and constantly works on) his first car, a 1967 Camaro with bored 400 Chevy SB and twin turbos; 1991 Dodge Spirit R/T T-III car; 1991 Dodge Stealth R/T Twin Turbo; 1987 Honda Hurricane CBR1000F, among other toys.  You can see some of his more recent drag race runs in his commuter car on YouTube HERE!

Michigan, California, Iowa and Utah are the four states in which Eddie grew up.  He and his wife, six children, and a bear named "Jack" (a Great Dane/Mastiff mix) and Eddie's own cat, Professor Doofenschmerz, returned to the Rocky Mountain Wasatch Front in 2005.  Many of Eddie's stories are influenced by both the settings and the events he experienced in all these areas.  Eddie still works in Computer Support for an Innovation Lab for one of the bigger health care providers in the West.  He refers to it as "The Super Lab".

EDDIE IS AVAILABLE TO YOU!

IMPA Creative, INC was founded on the basis of trying to maintain a positive experience for youth with any and all entertainment developed by P. Edward Auman.  As IPMA Creative grows, Eddie is happy to offer opportunities for book signings, meet & greets, Online Chats and other services.  If you have an interest in having Edward visit your school, library or social group please use our "Contact Us" feature to send an inquiry.

We are also working on Clothing, Posters and Signed and Special Edition prints of Eddie's works.  Watch closely.  Want to get a jump?  Use the "Contact" button and inquire.  We would be happy to show you some of the products already designed and given away as swag at some of our events and to arrange a group or discount buy.

Other products from IPMA Creative, Inc: 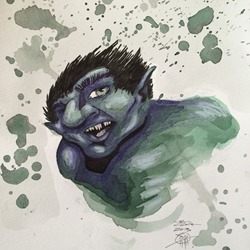